The discovery by Professor Frank Davis of Rutgers University in late 1970s of the pioneering first steps in PEGylation, is a major landmark of modern chemistry. Since this pioneering work, PEGylation has attracted growing interest and plays a significant role in several areas of biological and medical studies due to their solubility in water, excellent biocompatibility and non-immunogenicity. The compounds conjugates with PEG (functional PEGs) have many advantages as follows.

According to the compounds conjugates with PEG, the common functional PEGs can be devided into the following categories. Among them, the most important conjugates is proteins, drugs and lipids. The PEG conjugates with peptides and drugs are usually intended for a direct use as therapeutics while PEG-lipids are mainly utilized for formation of long-circulating liposomes.

PEG were used as a linker between the surface and the peptide for protease detection.[1] The nonspecific binding of peptide to the surface was reduced by introducing PEGs with hydrophilic. Given many proteolytic enzymes are active to specific peptide sequences, using the PEG-peptide surfaces as analytical platforms offers the opportunity for study of enzymatic activity.

The most of low molecular weight drug molecules are hydrophobic enough to allow construction of conjugates in organic solvents compared with the polypeptide modifications with PEG. Moreover, the PEG conjugation can reduce the toxicity of drugs. The application of PEG conjugates with low molecular weight compounds including, bioreactor use of PEG cofactors and PEG catalysts, PEG-drug conjugates for controlled delivery of the biologically active substances and PEG ligands in aqueous two-phase partitioning. It should be noted that the purity and homogeneity is important for the conjugates intended for use as polymeric drugs. In addition, the biological activity and efficacy are significant parameter for polymeric drugs. Therefore, the drugs should avoid any type of contamination even minute impurities including unreacted or partially reacted PEG derivatives.

The lipid conjugates with PEG have drawn much interest in recent years due to the discovery that incorporation of PEG-lipids into liposomes yields preparations with superior performance in contrast to conventional liposomes. The majority of the PEG-lipids are synthesized by derivatization of phosphatidyl ethanolamines (PEs) with the above-mentioned reagents which originally introduced for modification of amino groups of proteins. Figure. 2 summarizes the synthetic pathways of various mPEG-PE conjugates.[2] 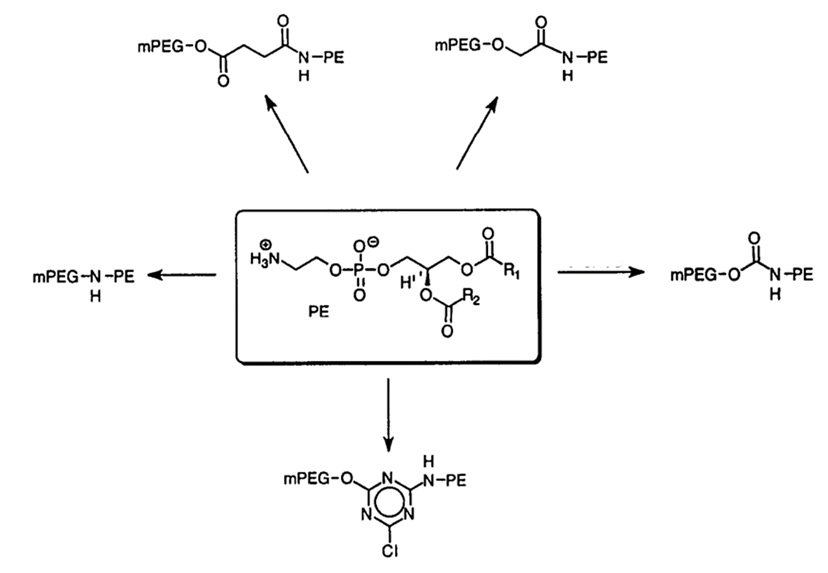 Figure 2. Methods for the preparation of mPEG-phosphatidylethanolamine conjugates

In order to improve some of the in vivo properties of these materials, the researchers usually attach PEG to oligonucleotides or their backbone-modified analogs. The modified compounds have mang advantages, including improved solubilities, cell membrane permeability and resistance to nucleases. More fundamentally, polysaccharide-PEG conjugates have promising applications in biological medicine as drug carriers.

Alfa Chemistry is committed to providing a wide range of functional PEGs, if you do not find what you need, please contact us.